Why we need a root and branch disruption of NHS leadership 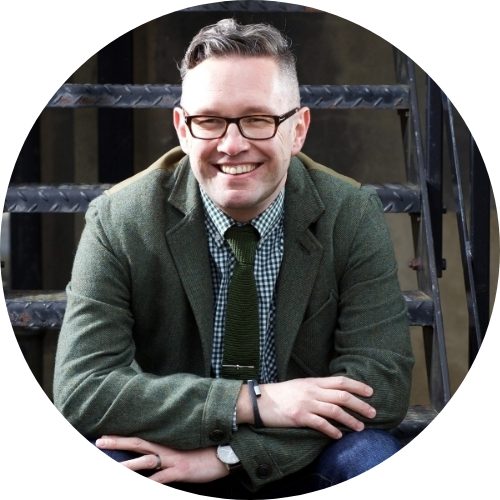 Health, care and wellness delivered free at the point of need is a core principle of the NHS, and perhaps one of the UK’s most recognisable elements as a leader on the world stage.

But with a sudden gap in leadership on the horizon the system appears to be in dire straits.

As we sit here looking at a root and branch reorganisation from Secretary of State, to NHS England Chief Executive, to CEO of NHS Digital combined with an escalating crisis of unmet need and a recovery for a workforce who, to some degree, have been ignored by the political system, it is worth pausing to look at what leadership is needed.

Many have described Hancock as the worst health minister since Lansley. Meanwhile, Sir Simon Stevens is so revered that it often seems the NHS itself would take a salary cut to keep him in post. Slightly closer to the digital health landscape, Sarah Wilkinson’s position as a leader has been strong but her sudden departure has created a real concern around how NHS Digital will perform at a time when it is once again surrounded by controversy over data sharing.

Building a plane as it leaves the runway

What will it take to build a new leadership team for the NHS, from the top all the way through? The cards are stacked already. The new leaders won’t get much influence over the immediate crisis management that is needed. What is needed in any of the roles is someone who is  calm, considered  but agile enough to deliver at pace.

The new leaders need a plurality of vision from the very beginning. Learning the lessons and refusing to make the same mistakes are key, but a new width of thinking is also important. Many would agree that the concept of the ICS is a culmination of thinking from the last two decades that has come to fruition based on the engagement and feedback of the local NHS. With this in mind, any of the future NHS leadership roles need to have the ability to implement the current vision and, at the same time, bring the next set of educated thinking to the front. They will need to understand (and then persuade) how the concept of an ICS can and should continue to evolve. The new leader needs to be able to press ahead ‘building the new design plane as it leaves the runway’.

Empower and then move out the way

The new leaders need to be participative and collaborative. There are many people who need to go on the journey with them and it has already been proven that a root and branch removal of teams  never really lands. NHS X and NHS Digital are a prime example of an attempt to ‘start again’ which has resulted in duplication and confusion. New leaders will need to find a way not just to show lip service for collaboration but to actually facilitate it as a style. They’ll also need to do this with energy, purpose and urgency within their teams to deliver impactful outcomes at speed.

The style of a good NHS leader

Years ago in the ‘heady’ days of the National Programme for IT (NPfIT), I remember an annual conference having a tag line of ‘shifting sands of change’. The NHS now needs to progress through these shifting sands and build on the concrete foundations it has laid down. As the new structure goes up then course corrections can be made. The interview process for the new leadership team should check that the candidates are willing and able to go with what they have on day one, rather than lay new foundations.

The NHS like any big public sector organisation needs to be measured. Historically, the NHS gravitates towards process measures but these rarely represent benefit to society or progress. We need leaders that have the freedom to create outcome measures that move beyond more traditional vanity metrics and are purposeful.

The debate will rage on about the background needed to be a successful leader in these key roles too. NPfIT, unfortunately dismissed NHS backgrounds and knowledge in favour of new thinking and for a while had failures because of this. Should the next NHS Digital CEO be a technologist, a clinician, a big corporate leader, a passionate patient or somebody from within the ranks? If Simon Stevens can’t be persuaded to stay, should the next leader come from within the NHS, from a successful background in leadership or (god forbid) be a political appointment?

A background of inspiration

The ability to inspire people to follow you should be at the top of the list of qualities needed in any of the roles. Inspiration is the ability to manage delivery that maximises outputs and outcomes in every facet of health and care, while supporting and coaching others to do the same. Creating that level of inspiration is a team sport where all the new leaders  will need to work together – to empower people to do their jobs and then to move out the way.

Our new health and care leaders will be expected to do more and be more, and ideally, do all of this in a way that is as transparent as possible. When Matthew Gould first joined NHS X as CEO, he tried to get out from under the eyes of politics and worked hard to be seen to understand trusts and apply that understanding – he was given the space to make a difference. However, the new era he was brought in to represent and deliver has been slowly diluted by the system. Maintaining the new authenticity that (we hope) will be present in each of the new leaders as well as becoming aware of what the system needs will be a tall order.

All in all the interview ‘panel’ for any of the future leader roles have a task that very few of us would want.  The NHS needs a team of leaders that can work together to support each other, that can manage up and manage down, where there is no competition between them and where they can be really open and transparent in what it is that motivates them.

Is it too much to ask?

Good luck to each of the new leaders as they step into their positions. We need the technology knowledge and awareness of Sarah Wilkinson, the calm considered nature and gravitas of Simon Stevens and the lessons learnt from Matt Hancock in each and every one of them. Is that too much to ask?

Get In Touch
Industry response to NHS draft data strategy