During a discussion between Silver Buck Advisory Board members, Sam Shah debated whether NHSX will survive the McKinsey review. 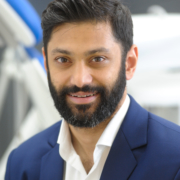 Matt Hancock’s review looking at how the main NHS bodies work together to drive digital transformation has been extended for an unknown period — totting up a running cost of close to one million pounds.

The heavily redacted contract, awarded by the Department of Health and Social Care, doesn’t actually tell us what is being reviewed, but it is jointly funded by the main bodies involved: NHS Digital, NHSX,  NHS England and NHS Improvement. It will allegedly be published later this year.

The timing is interesting; the work has effectively run in parallel to a major report from the PAC, which has received very little attention, largely in part due to the fact that it was published without a press release on a Friday afternoon. Once you read the report you quickly learn why, as it is nothing short of damning about the lack of focus, strategy and purpose within central government agencies, namely NHSX.

As such, the McKinsey review doesn’t need to start from a completely blank page. But when blank pages add thousands of pounds to the bill, some might argue that there is no better place to start.

In my opinion, it would be logical to begin by speaking with those in the know —  the individuals fighting hard to make a difference within these underachieving organisations. They should then speak to the people dealing with these bodies on a day-to-day basis – the suppliers, innovators, CIOs and the CCIOs responsible for transformation at both regional and local level. And guess what, these networks already exist; just look at the number of people engaging with one of Will Smart’s recent tweets.

Another Wednesday morning question. If you were writing the review of NHSX/NHSD, what would your top three recommendations be?

But so far, I’ve struggled to find anyone who has been asked for input. In fact, I know that out of a group of 80 CIOs only one admitted that they had been asked to contribute their thoughts.

So, why haven’t they been consulted? Has DHSC already written the outcome? Are they perhaps scared of further criticism over the current system, or the minister who has presided over its failure? The same minister who is already facing the legacy of leading the UK to 50,000 Coronavirus deaths before any other European country.

I’ll take a stab at what I think those working with the bodies would have said:  “We have no idea who does what and why – are these providers, commissioners, regulators? Are they providing guidance or mandating?”. They would have also pointed to the fact that while NHS England and NHS Digital have supported digital transformation in pockets – especially through emergency and primary care –  and helped innovators to work with AHSNs and local partners, NHSX hasn’t.  In fact, I struggle to name a single example of digital transformation that NHSX is responsible for that wouldn’t have happened anyway (and no, forced use of NHSMail does not count as innovation).

So, if then bodies make it through the review, what would be the most logical step forward?

If the bodies could agree on a strategy that reflects the priorities of service users and the providers delivering care on the ground, rather than just ‘seeing how things would fall’, and offer the financial support and resources needed to succeed, then we could be onto something.

Let’s just hope that McKinsey’s latest report doesn’t just wind up like their previous into the National Programme for IT – never seeing the light of day.

2020: The year NHS IT leaders made the frontline
Scroll to top