From secret to success, in under three months

Silver Buck worked with Siilo to raise awareness, increase its UK user base and build further on its reputation as Europe’s trusted, largest and fastest-growing healthcare-specific clinical collaboration messenger.

Siilo is a Netherlands-based start-up specialising in healthcare communications. Before working with Silver Buck, the company had led a successful grassroots campaign across mainland Europe – predominantly in the Netherlands and Germany – which earned it the title of Europe’s largest and fastest-growing healthcare communications provider, and one of Forbes’ top-five European start-ups set to change the face of healthcare.  Next on the agenda for Siilo was to gain a foothold in the highly nuanced UK market where – other than a few pockets of users – the company was yet to make an impact. They called upon Silver Buck.

Siilo wanted to raise brand awareness and earn wider recognition in the UK market. To do so, Silver Buck supported Siilo with the development of its messaging and marketing collateral, which included dedicated research among key audiences and stakeholders,  the anglicisation of European marketing material and the development of new messaging, tailored specifically for a UK audience. In addition, Silver Buck worked with Siilo to create a “battlecard” that could showcase its unique functionality and set it apart from other messengers in a clear and simple way. This new, UK-specific messaging has been critical in providing the framework for all marketing content.

To give prospects an insight into the effectiveness of the Siilo solution and to illustrate how seamlessly Siilo can be deployed on the frontline of care, Silver Buck worked with Siilo and St George’s Hospital (one of Siilo’s top UK users) to produce the Siilo/St George’s Hospital case study. The case study is now an essential piece of Siilo’s sales and marketing armoury and is showcased at events, through social media and on the website to  demonstrate the referencability that new entrants to the UK digital health market require to make their mark

To ensure Siilo was at the centre of contemporary discussion within the industry and seen by clients and prospects at every opportunity, Silver Buck wanted to position Joost Bruggeman, a former surgeon, CEO and co-founder of Siilo, as a ‘thought leader’ in the digital health space. To achieve this, Silver Buck identified and targeted key publications to maximise impact and reach the widest possible audience, earning press coverage by:

In under three months, Silver Buck earned Siilo quality coverage in more than 10 key industry publications, plus a number of secondary tier publicatiions including: 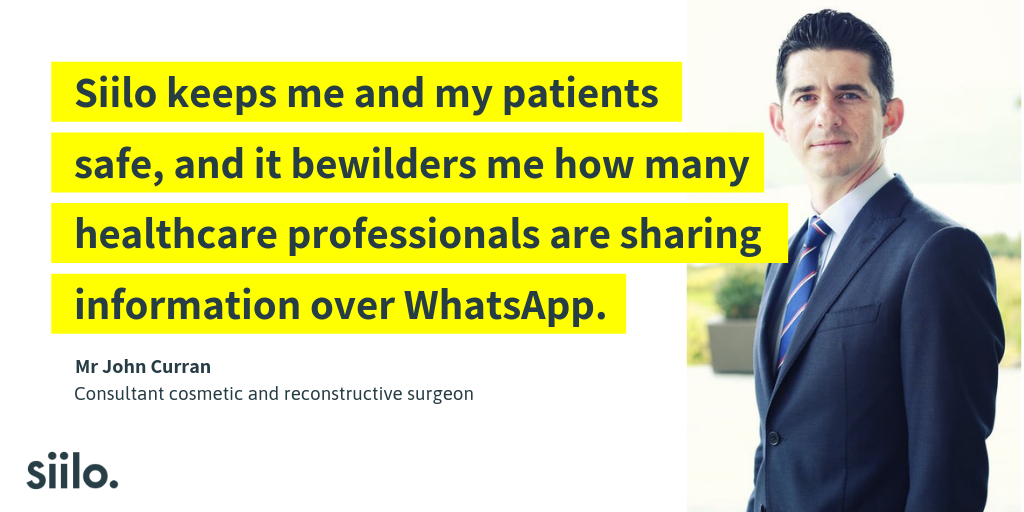 In terms of content, Silver Buck focused on raising awareness of the risks associated with using WhatsApp in healthcare – offering Siilo as the solution. This was achieved through the use of original

graphics (created by Silver Buck) and by engaging with key industry figures about the issue of using WhatsApp in the healthcare setting. In addition, Silver Buck conducted a “targetted following” campaign to boost engagement with the Siilo brand. As part of this campaign, Silver Buck also identified brand ambassadors who, by proactively promotin

To raise awareness of Siilo in the UK market and to build connections with key contacts within the NHS, government, press and wider healthcare sector, Silver Buck selected Digital Health Rewired 2019 as an opportunity to “launch” the company in the UK. As part of this soft launch, Silver Buck developed a bespoke marketing campaign for the event. 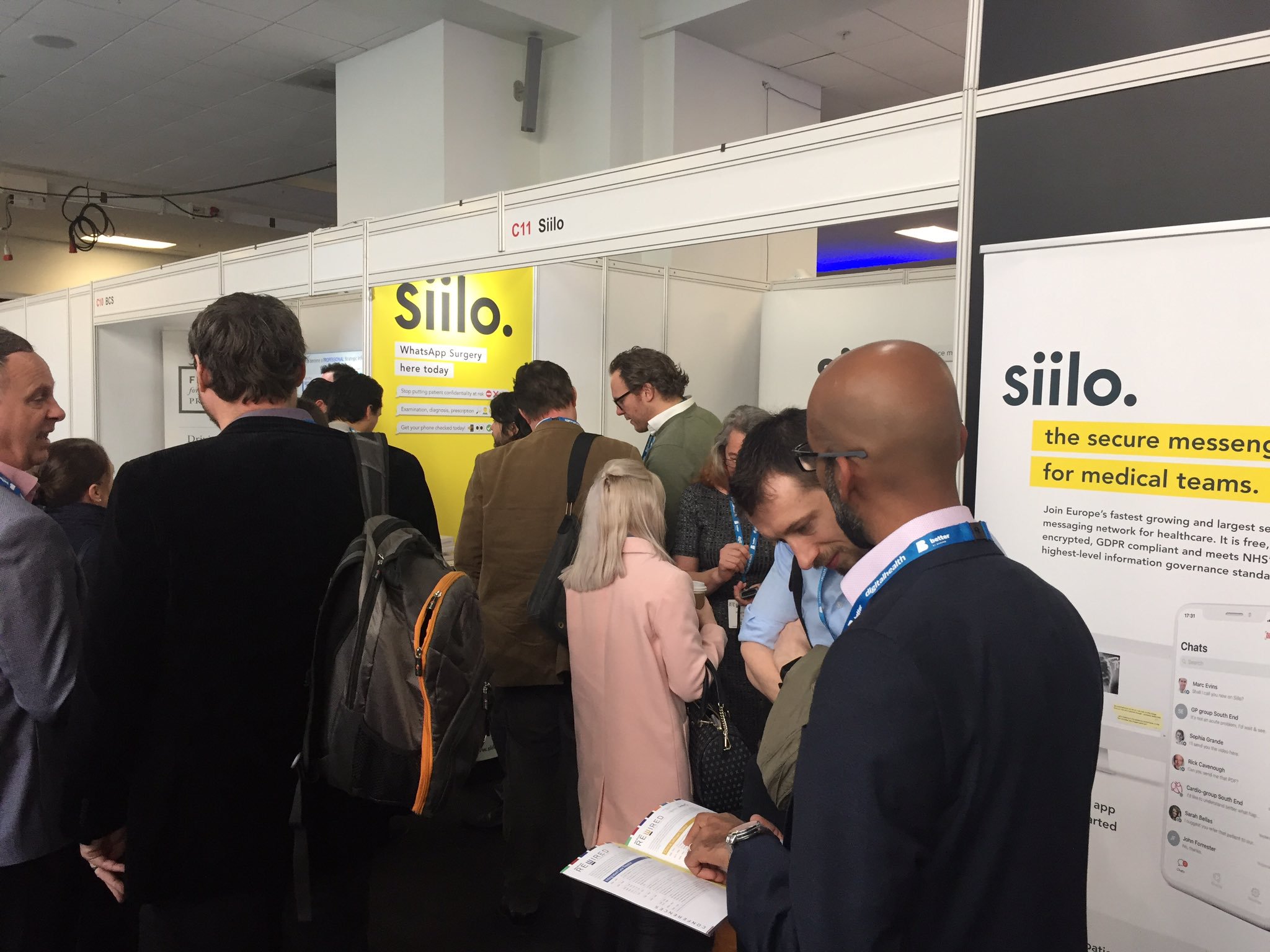 The marketing campaign centred around a “WhatsApp Surgery” – a pseudo-doctors surgery run from the Siilo stand. The “surgery” invited delegates to book an appointment in order to gain expert advice on how to make their smartphones NHS compliant, with the aim of promoting Siilo as an authoritative voice on issues concerning privacy and security. In total, over 100 delegates visited the Siilo stand, including dozens of CIO/CCIOs.

On the back of this campaign, Siilo extended its working relationship with Silver Buck by an additional 12-months.

Joost Bruggeman, CEO of Siilo said: “We have seen a huge need for health and care professionals to share clinical and operational information in a safe, secure and fast way. In turn, many have been resorting to ineffective and unsafe consumer applications, such as WhatsApp, to fill this gap. Since we launched Siilo in the UK, more than 60+ NHS organisations are using the tool, and Silver Buck has been instrumental in increasing that uptake.

“As a start-up, we needed a company that could support and grow with our ambitious plans and be proactive in delivering impactful, measurable results and they have been able to do just that.”

Get In Touch
Q&A with East Lancashire Hospitals NHS Trust