In 2012, Greg Price, a 31-year-old engineer, died of a blood clot a few days after surgery to remove a cancerous testicle. Greg’s family believe that a breakdown in communication between providers and general lack of continuity in care played a part in his premature death.

Soon after, Greg’s Wings Projects was launched in his honour, along with the film Falling Through the Cracks: Greg’s Story, which chronicles the unfortunate events leading up to Greg’s death.

As part of the Axe the Fax Q&A series, we spoke with Greg’s sister, Teri, to learn more about Greg Price, the Greg’s Wings Projects and the importance of campaigns that create awareness, spark discussion and enable support for improvement, in healthcare and beyond.

Who was Greg Price?

What happened to him?

Greg had a series of disconnected encounters with the healthcare system and ultimately did not survive a very treatable condition – testicular cancer.

What is the Greg’s Wings project?

Greg’s Wings Projects is a not-for-profit organization established in honour of Greg Price. Greg continues to inspire us and our goal is to provide life to what Greg might have done. Greg was supportive and had a genuine interest in the aspirations of others. He had a strong commitment to his rural roots and wanted to have a positive impact on the world for the generations that follow. The first major project for the organization is the short film Falling Through the Cracks: Greg’s Story.

Who started the project?

The organization was started by Greg’s family.

What would Greg have made of the project?

Not sure what Greg would have thought about having a film made about him, but we have no doubt that if he was in our shoes Greg would be advocating for change and improvement in healthcare.  Greg loved a challenge, believed in people and was relentless in pursuing his own personal improvement and always encouraged others to do the same.

How did the film Falling Through the Cracks: Greg’s Story come to fruition? And how many people have now seen it?

After Greg died there was an investigation done by the Health Quality Council of Alberta which resulted in the Continuity of Patient Care Study.  The lead investigator, Dr. Ward Flemons, is also on faculty at the medical school in Calgary and wanted to share Greg’s story with the medical students to reinforce the importance of teamwork and communication.  We were excited about the potential to have an impact on doctors early in their training and wanted to contribute to the project in anyway we could. Ward reached out to his network and we managed to recruit a very skilled cast and crew to work with us on the project.

We have done 280 screenings of the film and believe about 24,000 people have seen it so far.

How can I watch the film?

Have you heard of the “axe the fax” campaign?

We have.  Because of the way the fax machine is depicted in the film it is regularly brought up in post-film discussions and we heard of NHS’s commitment when it was announced.

How does it relate to Greg’s Wings?

We strongly believe that in order to have safe healthcare systems we need to have effective teamwork (with patients and their loved ones must be recognized as team members) and we need tools that enable teamwork and the fax machine does not do that.  In many cases it inhibits the potential for teamwork.

What impact has the Greg’s Wings project made so far? And what further impact do you hope to make?

The film has an impact on everyone who watches it.  We often have people share with us the impact that is has had on them personally and how that has caused them to change their own practice. We have witnessed how it sparks important discussions, but we haven’t looped back with our initial audiences in order to track specific changes they have implemented.

The film is used by several medical schools and for interprofessional education across healthcare disciplines.  The team at the University of Calgary is sharing the teamwork curriculum and the workshops they developed. We have done workshops with clinics and groups throughout the healthcare system in Alberta and across Canada.

We hope to continue to build momentum and the spread of the film and are particularly excited by the interest in using the film for more than a one-time screening. People and organizations have started to recognize the potential the film has in outlining the need for change and inspiring everyone to play a role.

How is the “axe the fax” campaign movement going in Canada?

There have been a lot of discussions, and I believe there are a lot of people who want to axe the fax but there hasn’t been a system wide commitment to getting rid of the out-dated and risky technology.

Why do you think campaigns like “axe the fax” and Greg’s Wings Project are so important?

In general, we make a lot of assumptions about healthcare systems and campaigns that create awareness, spark discussion and enable support for improvement are incredibly important. We truly believe that we need to do more than just swap out the fax machine for another technology that is incrementally better. Ideally, investments in technology would be made in tools that will enable the sharing of information, so the team can work together effectively.

What’s next for the Greg’s Wings Projects?

Up until now, a family member has been in the room to participate in the post-film discussions at almost all of the screenings of the film but word has spread and now there is more interest in using the film than we can possibly be present for.  In order to enable the spread but still make sure the film is used to inspire positive improvement across the system we are rolling out a series of steps for people to follow if they would like to host a screening of the film. This is facilitated through an online community called The Co-Pilot Collective where people can also connect with others who have used the film and who are passionate about improving healthcare. 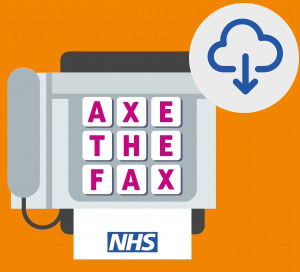