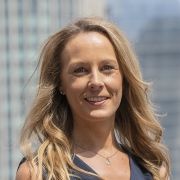 Silver Buck has partnered with Leeds Teaching Hospitals NHS Trust to extend the roll-out of their internal ‘Axe the Fax’ campaign to encourage the widespread removal of fax machines from the NHS.

Leeds Teaching Hospitals embarked upon a journey at the beginning of the summer to remove its 345 fax machines by the end of 2018. The initiative was underpinned by a stakeholder engagement and communication campaign at grass roots level, which resulted in a strong commitment from staff to bring the organisation into the 21st century.

Following the internal initiative, the trust began to receive interest from other NHS organisations and subsequently engaged Silver Buck to take the campaign to the next level.

Richard Corbridge, Chief Digital Information Officer at Leeds Teaching Hospitals said: “We chose to work with Silver Buck as we knew that they would have the creative flair and quick-thinking to leverage the internal Leeds initiative and make it interesting and relevant for other NHS organisations who have similar ambitions.

“It is the PR and marketing organisation that I would trust to extend to the passion that I have seen throughout my own team at Leeds and we continue to look forward to working with them as the campaign evolves.”

During the first phase one of the campaign, the Leeds story has already received more than thirty pieces of coverage across trade and national press including The Times, as well as reaching the headlines in the US, Australia and New Zealand.

Subsequent phases will involve an ongoing social media campaign, speaker sessions, a toolkit distributed via NHS England and tracking of those who make a pledge, to deliver on the initiative.

Sarah Bruce, Co-founder and Director of Silver Buck said: “Richard and his team continue to have a fun, disruptive but strategic approach to tackling digital health challenges. We are passionate about working with like-minded people, so being asked by the Leeds team to be the guardians of this campaign is a huge honour.

“It has been incredibly exciting to get involved with the initiative and to support the NHS in achieving a goal that is in reach for every single organisation. We very much look forward to watching it grow into something that may change processes in the NHS forever.”

For more information on the Axe the Fax initiative contact sarah@silver-buck.com #AxeTheFax

Get In Touch
Can conference calls kill you? How fitbit data could save your life.