NHSX and NHS Digital have merged with NHS England. What did the industry have to say? 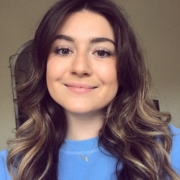 It was announced earlier this week that NHSX and NHS Digital will bemerged with NHS England. The news, whilst not entirely surprising, has the potential to really shake up the way healthcare and digital health are strategised, delivered, and managed. What did the industry have to say about it?

Kenny Bloxham, Managing Director, Healthcare Communications, said: “The recent announcement to bring NHS Digital and NHSX into the centre of NHS England will allow all functions to work together to deliver one vision for all. As we move into Integrated Care Services, digital – alongside NHS England’s biggest asset, the workforce – will be at the heart of how we transform care. We look forward to hearing further from NHS England as they lay out their plans and ambitions.”

Rachel Murphy, CEO, Difrent (becoming TPXimpact) and former Digital Delivery Director at NHS Digital, said: “Merging the three organisations makes so much sense, and is a positive step in the next phase of digital transformation in the NHS. While I really sympathise with the people involved going through the uncertainty of more organisational change following what’s been an unprecedented 18 months, there is an opportunity to redeploy much needed structured project management talent closer to the front line to help deliver and support the transformation that the health service needs. As the dust settles, I hope supporting diverse leadership with the conviction to drive digital projects that have users at their heart is given priority.”

Tom Whicher, CEO, DrDoctor, said: “Amongst the confusion and chaos that will always come as part of a mass reorganisation we have to remember that to patients and to most healthcare staff, NHS Digital and NHSX have never existed. All they have seen is the progress digital has made with new tools being put in their hands and adoption at scale taking place to enable them to coordinate care and work differently – this cannot be lost in midst of this change when the stakes of supporting our NHS to recovery are at their highest.

“The alignment is a hugely positive step in showing that digital is embedded with NHSE but they will have to work hard to maintain the openness that NHSX has created and momentum in delivery to create a Digital First NHS.”

Richard Strong, Vice President International Services & Operations and Managing Director, Allscripts EMEA said: “I applaud the work that has been done by NHSD and NHSX, particularly in the last 18 months which I’m sure has placed great personal and professional strain on everyone in the two organisations. As they merge with NHSE, I hope that the pace of digital transformation is maintained, rather than hindered by the inevitable organisational change that will follow. While great progress in digital transformation has been made, driven by necessity, I hope programmes such as the NHSX Digital Aspirant Plus (EPR Accelerator) programme will continue at pace, as there is still so much levelling up to be achieved for the wider system.”

Mark England, CEO, HN said: “Digitally-enabled transformation needs to become even more embedded in both mainstream NHS thinking and delivery. This consolidation of NHSX/D and E has the potential to move that forward. However, I also hope it doesn’t dilute the NHS’ focus on more disruptive transformation such as machine-learning and AI where NHSX has been a strong advocate and stimulator of innovation.”

Thomas Webb, CEO, Ethical Healthcare said: “With the NHS being the largest and most complex public sector organisation in UK, central NHS bodies pretending that any part of the digital landscape works in isolation was always bizarre.  A move to a more cohesive and joined up approach to digital in the NHS must be applauded, and is reflective of modern approaches to integrating digital with the rest of the organisation. Of course, initially It will largely be the same people doing the same thing just with different email signatures but hopefully a more consistent and unified approach will emerge over time. What’s interesting is that despite championing digital leadership and for trusts to have a CIO at Board level as part of the WGLL framework, NHSE doesn’t appear to be following its own advice or setting the same example.

“Going forwards, we hope that this new approach will mean that those strategies that have been set out by NHS X (such as separating the data layer from the application layer) will be supported more consistently as financial, commercial and technical strategy teams come closer together under NHSE.”

Dr Rachael Grimaldi, Co-Founder and CEO of CardMedic said: “As a start-up company launched during the pandemic, we have been very grateful of the support we’ve received from NHSX, NHSD and the AHSN network. However, as a practising clinician I see how much impact is making its way to the frontline, and on the whole, my clinical colleagues do not differentiate between the various organisations – they care more about having the right tools to do their jobs. I hope that through the merger, innovation at pace will continue to be given the priority it deserves.”

Andrew Meiner, Managing Director & Chief Commercial Officer, Silverlink Software said: “The decision to merge NHS Digital and NHSX into NHS England makes sense. For too long, it has been unnecessarily complex for suppliers and healthcare providers, who have had to deal with multiple agencies. Nobody really knew where the lines were drawn between them, and hopefully the process will now be easier and more streamlined for those of us dealing with them on a regular basis.

“Further to this, the formation of a single organisation indicates an acknowledgment from the centre that ‘digital’ is fundamental to the delivery of modern-day health and care services. By taking a single, united approach to digital transformation, I am optimistic that we can continue to make significant technological advances, drive innovation and continue to push the digital agenda forwards on a national scale. I just hope the reorganisation does not cause any significant delays in the short-term.”

Sam Shah, Chief Medical Strategy Officer and Silver Buccaneer said: “There have been times when it has been difficult to understand what strategy NHSx was delivering against and where the delineation of responsibility was between the various organisations. During the pandemic NHS Digital demonstrated their capability and ability to respond sensitively. I hope this change means a new approach to addressing a wide range of digital needs across the health system and a more inclusive approach to digital health leadership. It may also help offer clarity on responsibility for areas such as innovation, which can sometimes be confused between the other AHSNs and NHSx.

“Digital transformation of the NHS is what is needed to ensure that care is accessible and equitable for everyone. I am pleased to see that a more united front is being encouraged, and I hope that this is the key to accelerating that transformation.”