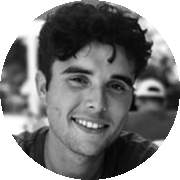 It was an early start, as I set off from London and made my way to Manchester on Wednesday morning. At least my train was on time. Regardless, I was excited to make my NHS Expo debut and visit the iconic Manchester Central Convention Complex for the first time. Neither of them would disappoint. Here’s my take on this year’s event.

Solid. That’s pretty much all there is to say about this line-up. Big names – and lots of them. Matt Hancock didn’t turn up, again, but this is something we’ve become accustomed to in 2019, with thanks to the utterly dire state of British politics.

Busy. Billed as the biggest NHS-led event of the year, NHS Expo 2019 welcomed 5,000 people from across the NHS, social care, local government, the third sector and the commercial sector.

The gangways were bustling and many of the sessions well over-capacity – so much so, that I was even turned away from a session because there wasn’t enough room to accommodate me. Serves me right for getting a coffee, I suppose.

I attended NHS Expo as a delegate. The booking process was straightforward and I received regular correspondence leading up to the event via email.

What’s more, having printed my ticket in advance, I didn’t queue on arrival (always a bonus). And I was more than impressed with the event staff and, equally, just how well-staffed the event was.

My only gripe was with the Health & Care Innovation Expo app. Let’s just say, it has a one-star rating on the app store for a reason.

It was my first time visiting the iconic Manchester Central Convention Complex. I loved it. The venue, converted from the  Manchester Central railway station, is massive, and it proved more than able to accommodate the 5,000 delegates in attendance.

It’s also remarkably easy to get to – my short walk from Manchester Piccadilly was only dampened by the weather. Top marks.

The content at this year’s Expo was generally good, with an exciting line-up, lots of interesting panel discussions, and a ton of theatre sessions to sink your teeth into.

But for all the positivity and optimism surrounding the latest digital health innovations, there was more than a hint of trepidation as to what the not too distant future will bring for the NHS. This was highlighted none more so than by Simon Stevens during his Keynote on day one of the conference.

There was a full house to see Steven’s, at both the Arena and at the Forum, with the latter hosting a live stream of his hotly anticipated address.

Somewhat fittingly, the Kaiser Chiefs’ I Predict A Riot played over the tannoy before Steven’s took to the stage, thanked NHS staff, and proceeded to talk about Brexit.

“The NHS is not just for the 48% or 52% – it’s for the 100%”, said Stevens, before calling on healthcare leaders to make Brexit readiness their “top operational priority” during the next two months.

But for all of the anxiety, there was a positive message that Stevens was trying to convey and one that would carry throughout the rest of the conference. That message was that the NHS is “fundamentally changing the way it needs to operate” – it is moving in a new direction.

Unsurprisingly, it seems this ‘new direction’ is centred around how new technology can be used to improve patient care – and how the NHS can accelerate the adoption of this technology to reach patients faster.

As Hugh McCaughey, the National Director of Improvement for the NHS, said: “It takes the NHS 16-17 years to scale and spread something that is proven to work. It’s something we absolutely have to change.”

McCaughey was speaking during a panel session focused on the opportunities for digital technology to support personalisation and prevention in the NHS.

The panel spoke at length about new innovations at the vanguard of digital health, with McCaughey very much at the centre of the discussion, as he went on to outline how the NHS should improve the adoption of innovative technologies by incentivising digital transformation and “celebrating” early adopters.

“Have you ever seen an award for an early adopter?” he asked the Expo audience.

This problem, of adoption and scaling innovation, has long been the Achilles heel of the NHS, and it was refreshing (and somewhat comforting) to know that NHS leaders are now committed to tackling the problem head-on.

For instance, speaking on an NHSX panel discussion, Mathew Gould, CEO of NHSX, said: “If we want to have a system in which innovation flows and can be safely done and scaled, a system which learns and innovates naturally and happily, then that innovation cannot all come from the centre.

“My sense, increasingly, is the problem is not actually one of innovation – it’s one of adoption. We need to create the right platform for innovation and adoption to happen.”

Another hot talking point at this year’s Expo was the new NHS £250m Artificial Intelligence (AI) Lab, which was discussed – at some length – by a number of speakers, including Matt Hancock, over the course of the two-day conference.

Appearing via video link, the Secretary of State for Health and Social Care, said: “[The lab] will boost the national research capability with a controlled environment where we can train algorithms, trial new concepts and scale up the best ideas.

“Crucially, it will ensure we get the right laws and ethical frameworks in place as well as the right technology. This is ultimately what it is all about.

So then, what can we coclude? Was Stevens right after all? For all the anxiety of Brexit, is the NHS moving in a new direction?

I’ll leave that for you to decide.

With well over 100 exhibitors, the supplier footprint was decent. Meandering the busy conference gangways, I saw everything from new, exciting start-ups – such as Pillpresso, PushDoctor and Sleepio – right through to some of the bigger, more established names in digital health.

There was also a strong showing from NHS organisations, all making for an interesting and diverse show.

The line-up was good, the venue even better. Very much in contrast to CONFED earlier this year, NHS Expo delivered an exhibition that still packs a punch.

Next year, NHS Confederation, NHS England and NHS Improvement are joining forces to bring the two long-standing conferences together, to create ConfedExpo, which will be held in Manchester on 10 and 11 June 2020.

I look forward to learning more about the new venture.

Get In Touch
Supporting Start-Ups: Siilo