Meet the Buccaneers: An interview with Dom Cushnan

Dom Cushnan spent almost ten years running his own information technology company before joining the NHS in 2014, in what he describes as a bid to improve patient care, public health issues and society in general. He now works as the AI Lead at NHS Horizons – a specialist team within NHS England’s Strategy and Innovation Directorate – as well as sitting as one of six health IT disruptors on Silver Buck’s recently appointed Silver Buccaneers Advisory board. 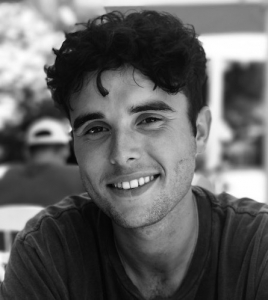 I’m very privileged, and I don’t take my role for granted. I have the opportunity to be involved in lots of national change projects, and I thrive on the ability to join the dots between various programmes and where they can share and learn from each other.

How do you keep up to date on health IT news?

Other than increasing funding, what one thing would you do to improve NHS IT?

NHS IT needs to be able to translate its language to fit the way people deliver their roles. We risk alienating people when we speak in IT jargon.

What is the most important thing you have learned in your current role?

People, people, people. Everyone is on their own journey, and you have to meet them where they are to help them understand the bigger vision and, where possible, help them to design the transformation vision.

What are your top priorities over the next six months?

Convening collaboration across transformation projects – with a keen interest in digital and in particular the use of AI. I want virtual collaboration tools to be used to support improvement projects and stop boring meetings. “Collaboration in a virtual world.”

If you wake up in a bad mood, what song would you play to cheer you up?

A six-piece Family Feast. Oh. That type of bucket list. In that case, I would love to pet a lion.

If you could be anybody for one day, who would you be and why?

If you could have any super-power, what would it be?

I’m not saying I’m batman. I’m just saying nobody has seen me and batman in the same room.

What did you want to be when you were growing up?

If you were to host a fancy-dress party, what would be the theme?

What is your favourite takeaway meal?

Breakdown of fax machines STILL in use across the NHS

Download the Axe the Fax Toolkit
Scroll to top