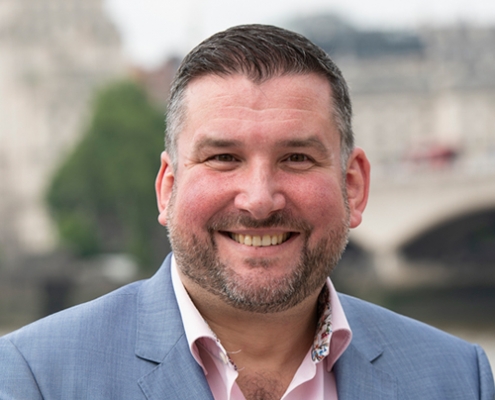 Despite having worked in the events industry for over 25 years, I still get a buzz on opening mornings. I hadn’t been to Confed for a few years and as I climbed the steps of Manchester Central, I was intrigued to see what had changed. Here’s what I found…

Day one of Confed19 was kicked off by Niall Dickson, Chief Executive of the NHS Confederation. While other speakers from the opening day included:

The line up was strong, although nothing to write home about. Matt Hancock, who was unable to attend the event due to his involvement in the Tory leadership contest, appeared via video link. On another day, maybe he’d have provided the “wow” factor Confed was missing.

From the moment I arrived at Confed19, it was quiet. Admittedly, I’d arrived an hour before opening time to help one of our clients dress their stand. But it remained quiet for some time. But by lunchtime, however, the gangways were far busier and there was a good buzz in the air, helped, I’m sure, by the free food on offer (other event organisers, take note!).

As with many conferences in this space, they struggled to get traction on the show-floor outside of break-times. In addition to last year’s pop  ‘In Conversation With’ and Mental Health Zone , they had a Primary Care Zone and System Integration Zone, which helped to spread delegates across the floor but still kept them slightly captive and away from visit stands.

The pre-event delegate list showed a wide range of job titles, mainly from managerial and executive roles and spread across health and social care. NHS England, NHS Digital and members of the Digital Academy also has a strong presence.  The vast majority of delegates were also from the Midlands and North of the country given it’s geographic location, so if your focus is on  London or Southern organisations, it may not be right for you.

Having booked a stand for one of our clients, I can tell you with great certainty that the process is very straightforward – and much of that is to the credit of the event organisers. In fact, they couldn’t have been more helpful: they were prompt at responding to queries over email and left me reassured that any requests were being dealt with. On the day itself, everything was easy to access and simple to locate – exactly what you want from an exhibitor perspective.

The Manchester Central Convention Complex is one of the country’s most iconic venues for exhibitions and conferences. But as I left, after a long day spent navigating the gangways of the exhibition, I couldn’t help but feel slightly underwhelmed.

My event experience was soured two weeks before it had even started when I went online to book my travel and accommodation. Trains were expensive. Hotels more so. Why? The Cricket World Cup and Metalica were in town.

Now, I must stress that this was of no fault of the event organisers and, in fairness, the former was flagged on the Confed website, but it was inconvenience nonetheless. And that inconvenience would be harder felt by the budget-restricted target audience to which Confed has traditionally appealed.

And my frustrations were only compounded on my return leg: as I arrived at Piccadilly Station to make my way home, I learned that my train had been cancelled. I waited 25 minutes for the next London-bound service before I was reluctantly forced to stand for a little over two hours in a carriage with no air conditioning. It’s just a reminder that privatising a national institution doesn’t always work.

Day one kicked off with an address from the Chief Executive of NHS Confederation, Niall Dickson, on three key challenges – leadership, workforce and transformation.

Picking up where Dickson left off, Anita Charlesworth, Director of Research and Economics at the Health Foundation, gave stark warnings about the need for further investment in the NHS, calling for more funding through taxes.

Other notable presentations from the opening day included Ryoji Nortiake, Chief Executive of the Health and Global Policy Institute in Tokyo, who highlighted the parallels between health systems in the UK and Japan, while Simon Stevens shared his thoughts on what’s gone well for the NHS over the last 12 months, and the essential areas where change is needed.

The second day was much of the same, with the highlight coming from Professor David Williams of Harvard University, who took to the stage to discuss how addressing health inequalities can drive better care and a more engaged workforce.

The rest of the day was dominated by discussion of the NHS Long Term Plan – and how on earth we’re going to deliver it.

In a specialist breakout session, Matt Tagney, programme director for the NHS Long Term Plan, said: “We said when we launched NHS Long Term Plan, we’d also launch an implementation framework. This would then become a national transition plan. This will be published soon.”

Later in the day, in a video address played on the main stage, Secretary of State Matt Hancock said everyone should take pride in the achievements of the last 12 months, including the NHS Long Term Plan and investment, the first-ever People Plan, the first Chief People Officer, an agreement with junior doctors and a breakthrough on pensions.

He said: “All of this is about recognising and valuing the work that people do across the NHS because we have got to have a goal that the NHS should not just be the biggest employer in the country, also the best.”

All of this ambition is great, but for all that it’s worth, I can’t help but wonder how much of it will ever be realised.

Day one ended with a well-attended drinks reception in the exhibition hall, followed by a heavily subscribed off-site gala dinner, both providing excellent opportunities to network.

The supplier footprint was much smaller than I remember with around 95 exhibitors. The show floor  was largely dominated by NHS stands such as NHS Professionals, NHS Employers, NHS BSA, NHS Clinical Commissioners as well as a few NHS trusts. There were a handful of start-ups/innovators,  such as Livi, Siilo, Lantum and interestingly there were also a number of law firms in attendance. There were very few of the typical ‘big healthcare players’ and that was also true for the digital health space – not such a bad thing if you’re trying to find an event where your competition isn’t in attendance but you also have to ask why they’re not there.

I am a huge advocate of events and conferences. I certainly believe that events such as this, if done correctly, can bring the industry together in a unique way. But, while Confed19 was by no means a bad event, it was tired and dated and in need of a new direction.

And so, I wasn’t surprised to learn that ‘NHS Confederation, NHS England and NHS Improvement are joining forces to bring together two long-standing conferences to create a new event – ConfedExpo, which will be held in Manchester on 10 and 11 June 2020.

It’s a huge ask in the current climate and I wish the organisers of ConfedExpo 2020 all the luck in the world with their new venture.

Get In Touch
Q&A with Somerset CCG