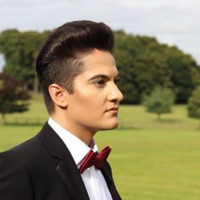 Press releases are the backbone of the PR world. Unfortunately, given how busy journalists are and how many other companies you are competing with, it can often be hard to make your voice heard. That’s why we at Silver Buck have put together our five top tips to help you improve your press releases and get journalists’ attention!

1. Get to the point quickly

It’s no secret that when writing a press release, you need to be concise and get to the heart of the story quickly. Journalists are busy people, after all. The chances are though, that you don’t realise just how quickly you need to get your message across. It’s no exaggeration to say that journalists receive hundreds of press releases a day. When looking at a press release, journalists will often take no more than two seconds to decide whether or not to run the story.

To give your press release the greatest chance of being run, you need to concentrate on the title and first couple of lines. You need to make sure that they do an excellent job at framing the release and allowing journalists to quickly understand the gist of the story.

If you haven’t, consider putting your logo at the top of the press release. A picture tells a thousand words and if the journalist recognises your logo, they are more likely to give the release that extra second you need to get your story across.

Quiz your colleagues and see what they took from your press release. That will give you a good idea of how well you have done at getting to the point quickly.

What makes a good story? The TRUTH mnemonic is a good guide:

If you are sending your press release to trade press, journalists will be interested in how your story will impact the industry. Examples are product launches, profits and losses, market trends and high-level hirings. However, remember that the trade press is not devoid of emotion. You can still use TRUTH to inject life into an otherwise bland press release!

Sit down with your press release in front of you. Imagine that you are the journalist you would like to send the release to and think about how you could convert the press release into a story. Remember to put aside your vested interests in the company that you work for.

Is it easy to convert the press release into a story?

Who is the average reader of the publication?

Don’t forget what we learnt from the first tip. Journalists are busy people and you need to get your point across in as few words as you can. The last thing you want to do is annoy the journalist with flowery language that makes it more difficult for him or her to grasp the key points you are trying to convey.

Read your press release and look out for any tell-tale signs of creative writing.

Sometimes it can be hard to put aside your vested interests and see your press release from the journalist’s point-of-view. When you work for a company, you learn the company’s workings like the back of your hand. Therefore, it is easy to sometimes miss out key information about a story, because you subconsciously assume that the journalist will understand the information as fluently as you do.

e.g. Peopled interested in the healthcare industry. Healthcare workers and patients affected by the announcement.

4. Where is this happening?

5. When is this happening?

6. Why is this happening?

e.g. To save money on paper costs. Too many paper records were going missing.

Read your press release and check whether you’ve answered all six questions within the first paragraph. Is the information clear? Is the information written as concisely as possible? Is there any technical jargon that people outside your company might not understand?

5. Get the quote right

Quotes are a standard part of press releases. Unfortunately, too many quotes are added to press releases simply to tick a checkbox, rather than bring value to the release. Journalists read hundreds of quotes a day and are not interested in hearing how ‘delighted’ a particular director is. To get the most out of your quote, make sure that it does one or more of the following:

If you are writing the quote yourself, make sure that it sounds real and matches the tone of voice of the individual to which it is attributed. Journalists have read thousands of quotes before and most are surprisingly adept at being able to tell the difference between a genuine quote and one that was written for the press release.

Remember that the quote is the one part of your press release that a journalist cannot change. Don’t waste it!

Gather two of your colleagues. Give the first colleague a copy of your press release with the quote removed. Give the second colleague the quote and nothing else. Ask both to read what they have been given.

Are you our new Senior Account Manager?
Scroll to top