Global Digital Exemplars: will they ever truly be catalysts for digital transformation? 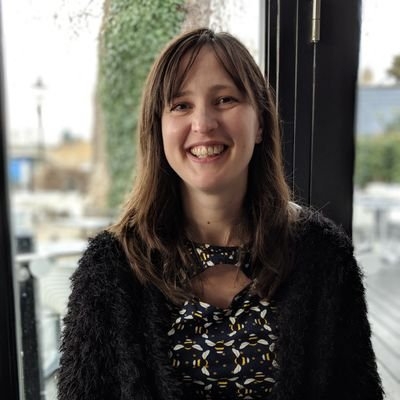 Launched in 2016, Global Digital Exemplars (GDEs) were positioned as the answer to the NHS’s technology woes promising to “deliver a new breed of digitised services” and “build a digitally-confident workforce across the whole NHS”. Announcements at the time claimed that digital excellence would be accelerated under the scheme, the digital skills of the NHS workforce would be improved and there would be a cascade of digital transformation best practice across the NHS.

The programme provided £10 million for each of the first 12 trusts named as GDEs, followed by seven mental health GDEs each receiving £5m “to deliver their ambitions of providing world-class mental health services enabled by digital technology”. The scheme was further expanded to add another four acute GDEs and three ambulance trusts.

A core element of the programme was that the GDEs were expected to develop ‘blueprints’ to help other trusts replicate the digital transformation projects without having to repeat the learning from scratch, thusly avoiding any costly mistakes. They were expected to partner with other hospitals dubbed “Fast Followers” to implement these blueprints.

Sounds sensible, right? But now, three years after the first tranche of GDEs were announced, what has been the results?

The HSJ recently reported that in the NHS England digital maturity assessments for trusts across the country that two GDE trusts were among the 22 trusts that self-reported lower digital maturity in 2017 compared to the two years prior.  These were Royal Free London FT and Newcastle Upon Tyne FT. Now, the period that these self-assessments relate to when the first GDEs were announced – of which the Royal Free London FT was one – so we can’t draw conclusions regarding the effectiveness of the GDE programme. But it is interesting that a trust that was on a downward trajectory in terms of its digital maturity was chosen to become an exemplar for others to follow.

That said, there have been stories of success slowly emerging from the programme. For example, Royal Liverpool and Broadgreen University Hospital introduced E-sepsis, a clinical decision support tool that aids early sepsis recognition which has boosted screening at the hospital’s emergency department to 100% and led to incidences of antibiotics being given within the first hour increasing to 90%. Salford Royal NHS Foundation Trust’s new electronic assessment tool for delirium has increased screening of over 65-year-olds on admission to hospital and has increased assessment of those who become newly confused when they are in hospital, with the number of identified cases per year having risen by 34% and the length of stay for these patients has reduced by 11 per cent. This latter example has led to Pennine Acute Hospitals, a Fast Follower, also embedding the electronic screening tool into patient care.

This is of course great news for the GDEs and the Fast Followers, but are these world-leading digital projects leading to the widespread transformation promised?

It seems that the GDE programme has improved knowledge sharing within the programme, with the GDE trusts very open and willing to help each other. In fact, it’s our understanding that the GDEs ignored instructions to keep their applications to become GDEs closed and they shared the applications with each other. But, how much is this helping those trusts who were not able to become GDEs. Is it not merely creating something of an exclusive club of those privy to the information needed to progress while those on the outside are left floundering?

It can’t go unnoticed that it is also creating a huge divide of the ‘haves’ and the ‘have-nots’ in terms of funding for digital transformation. One of the greatest criticisms of the GDE scheme has been that it is financially rewarding trusts that are already digitally advanced and does nothing for those trusts that are being left behind and remain heavily dependent on ageing IT systems and warehouses full of paper records.

Capital funding for IT projects is in short supply, and a question mark will remain over how far these success stories can reach for those who could not qualify for extra funding to boost their digital transformation efforts.

In fact, this is something that Matthew Gould, CEO of NHSX, is keen to address. Shortly after his appointment to lead NHSX, and amid speculation over the future of the GDE programme, he confirmed that while the programme was here to stay, it would have “more emphasis on the parts of the NHS that need most help”. Although, we are yet to see how this will be realised.

In an interview with Digital Health News last month, Gould said: “It is essential that we have trailblazers who can show what can be achieved and who can set blueprints for the rest of the systems to follow and who can hand-hold other bits of the system in the form of the fast followers.”

However, he admits that he doesn’t know what the solution is for supporting less digitally mature organisations simply saying: “what I am clear is, the answer isn’t to leave them behind and only focus on the top end.”

The frustration that there isn’t a baseline standard of digital technology within the NHS can be felt across the sector. It is a key issue that needs resolving if the rest of the system is to move forward.

A further criticism centred around the scheme has been that until just a couple of weeks ago blueprints weren’t actually shared, and even now they require trusts to ask to see them.

This seems completely at odds with the  ‘open source’ mantra and the whole premise of the GDEs to share best practice – although it is not a great surprise given that the NHS is notoriously bad at sharing.

Until the GDE blueprints become common knowledge on an open platform that everyone can access, and support is provided to those trusts that are struggling to advance their digital capabilities, the true value will not be realised and the NHS will not achieve the widespread digital maturity that it deserves and we can’t allow that to happen.