Richard Corbridge: “Nursery rhymes are not enough, we need funding to deliver innovation” 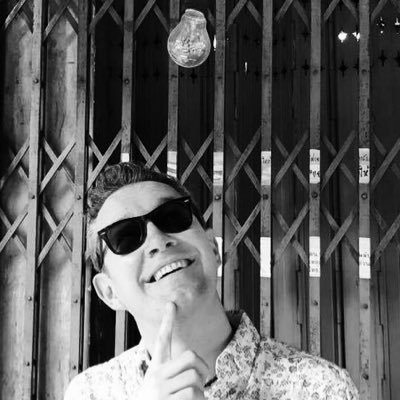 Axe the fax, bin the bleep, purge the pager… flog the fountain pen? It’s all wonderful language and, indeed, a rallying cause but what does it actually mean? And how can we do it?

I hope these phrases don’t end up being ‘blamed’ on Leeds. After all, we did coin ‘Axe the Fax’, in what can only be described as a moment of madness. Little did we know, we’d just conceived a new strategic phrasebook for the modern, digital NHS.

The problem is that the NHS is now tired of these kinds of initiatives and targets. And, while dragging them into ‘nursery rhyme land’ may help them to be remembered and make them easier to tweet about, it does not detract from the fact that they still need substance and, most importantly, funding with revenue money promised well into the future.

Investment into digital modernisation in 2019 is widely believed to be with the wrong type of money – short-term capital investment. And the CIO of the NHS is clear that this is the only type of money he has available, capital kicks the problem down the road, revenue allows a reality to be created as a long term plan.

Banning the purchases of fax machines was the right thing to do – no digital native of the 1990s would disagree. Fax machines have had their time, it’s time to move on. But how can organisations remove them? And what work can our central colleagues offer each trust as it strives to meet the deadline?

Over the past 20 years, one of my most disappointing moments was being told by the central bodies that there was no room – or need – for the Axe the Fax toolkit. Leeds had worked hard to build the toolkit, and we were devastated to be refused the opportunity to ‘blueprint’ a solution to a problem on a grand scale.

Due to the volume of interest from across the healthcare system, we needed help getting the toolkit out there. But the ‘centre’ didn’t see that there was a benefit to trusts supporting each other with this kind of target. Only when our minister declared war on fax machines and other 1990s periphery through the art of nursery rhymes, did the centre begin to take notice. And, even then, Leeds had to turn to Silver Buck for support.

Our national CIO has declared that capital is all that we have. So, we can axe the fax in year one but, in year two, we will have to revert to carrier pigeon, as we don’t have the budget to maintain the innovation that has been created to meet the new nursery rhyme of targets.

To hit those targets we need to wake up to innovation. The funding regime for technology is as old as the fax machine, and the amount of money allocated to digital predates the Wanless report for many NHS trusts. Digital is not free and needs to be invested in. Every target for change should have funding associated with it; that’s the way to truly ensure that the digital industrial revolution lands for the entire NHS.

The NHS eXperience we now all strive to create needs to be funded beyond just a splurge in year one. When major cloud partners start discussing an edge-based technology stack as a solution that offers cloud-like capability with capital money, we know we are in trouble as it’s just another way of getting around the capital Vs revenue issue.

For those that have been around long enough, though, we ‘always’ get enough capital in the end. Sometimes it arrives late in the day with a wistful glint in the eye and a comment about getting it spent, but there is enough year-on-year money in the system, the configuration and long term promise of the money is all that is needed.

Alliteration is the new black, and ‘X’ is the new Pokemon Go. With any luck, these trends will both impress and leave a lasting mark on the digital NHS landscape. But if these two trends are to make it beyond mere fads and into biker jacket, classic territory, then they will need a funding model to move beyond the status of a M&S Sparks card and into the territory of the Harvey Nichols loyalty app (which, if you didn’t already know, is the best loyalty scheme on the high street!).

Want to join the discussion?
Feel free to contribute!

Get In Touch
Axe the Fax Webinar: Sharing Best Practice

Digital Health Rewired 2019: NHS digital transformation is ‘on us’
Scroll to top